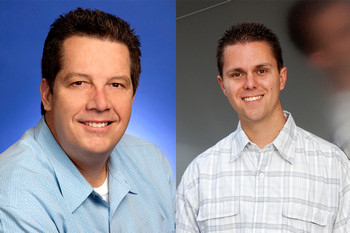 Mathew Imaging is one of the premier sources for public relations and entertainment photography in Southern California. With over 25 years worth of experience we have produced quality work for the Academy of Television Arts & Sciences, Los Angeles Philharmonic, Hollywood Bowl, Motion Picture Television Fund, California Lottery, Six Flags Magic Mountain and many other clients. Mathew Imaging always invests in the most state of the art cameras, lenses and other forms and technology that will make your event shine.

Craig Mathew, the owner of Mathew Imaging, started his career photographing personal photos for President Reagan while in college and then going to work for The Associated Press and The Los Angeles Times. Craig started Mathew Imaging in 1988, and since then he has been photographing most of the major celebrity events in Southern California. Mathew Imaging works directly with clients as well as through public relations companies throughout the country. As a qualified IATSE 600 (International Cinematographers Guild) union photographer, Craig gains access to closed sets for many of our clients. He is the official photographer for both The Dr. Phil Show and The Doctors as well as providing episodic coverage for many NBC and CBS shows.

Craig is a founding photographer of FilmMagic/WireImage which was purchased in 2007 by Getty Images. Mathew Imaging has the capability to service client’s events and photos (when requested of course) to www.wireimage.com , www.gettyimages.com , Associated Press, Reuters and other media outlets as instructed by the client.

With an extensive network of photographers throughout the country as well as our own staff photographers based here in Southern California we can handle any photo assignments, big or small any time any place!

Greg has been with Mathew Imaging since February 2004. He started assisting in the office and on photo shoots while building his photographic skills. In the summer of 2008 he started running the office and began taking shooting positions full time. Today Greg still runs the office full time and shoots many assignments for the company. He also shoots weddings, parties and many other events when he is not running the office.

Greg graduated from California State University Northridge in May 2008 with a degree in Cinema of Television & Arts with an emphasis in Film Production (Cinematography). Instead of pursuing his goal to become a cinematographer, he mastered his skills in still photography and continues to shoot professionally today. From executive portraits to episodic to weddings, Greg can handle anything.

Before Greg went behind the camera he acted from the time he was three until he was sixteen years old. He appeared in several commercials, did numerous voice-overs for cartoons and feature films and some print work as well. In his spare time he loves to travel, snowboard, scuba dive and photograph rare exotic cars. He also enjoys spending time with his wife Lindsey, his kids Emersyn and Ryden and his dog and three cats.